Buying A House in Italy – Part 7 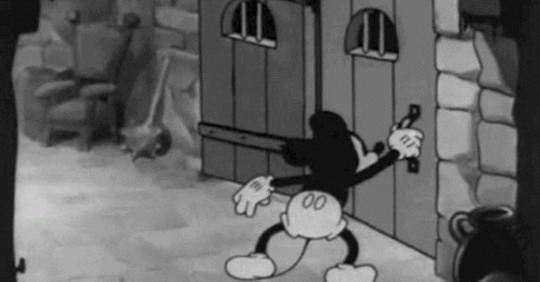 We went to the house with the Estate Agent and Uncle Francesca and there they were, all neatly stacked with intact door frames still attached. I learn that they are what they call ‘Madonna’ Doors – the door frames attach to the wall and the doors hang from them. We were going to go down the route of charging them for getting the doors rehung but we have put up much more difficult doors in our years of house renovations (you could say we are well hung?) so we would rather do it ourselves and not involve them anymore and just move on.

As expected Uncle Francesca launches into a long story about the doors which Laura, the Estate agent’s assistant, is translating for us – It wasn’t cousin Marco as she first thought, it was Cousin Vincent! (well the Italian equivalent of the name which I am unsure of the spelling of so we’ll just call him Cousin Vinny). Like Cousin Marco, Cousin Vinny was out for revenge on Uncle Francesca over the dispute since the 1974 family inheritance incident. I now feel a bit bad that I had convicted Uncle Francesca for the door robbery without a proper trial. As we’re going to meet Cousin Vinny at the final signing, she couldn’t blame him without it being true. She’s very apologetic, I tell her not to worry, it’s water under the bridge, I jest that she give’s me Cousin Vinny’s number and I’ll sort him out.

After the door inspection we go to the Notary’s office to pay the deposit and get things moving to the final signing. I can see how there is a 45 year family dispute – Uncle Francesca, the little crumpled 4 foot 10 lady, causes arguments. At the office, she argues again about the document the notary asked her to get, which the only thing holding up the finalising the sale. The notary tries to keep calm and explains again and again and again what she needs to do to get the document and finally says she will write the document for Uncle Francesca to give to the judge to sign. Uncle tries but can’t seem to come with a decent objection to this.

Then Uncle Francesca disputes my request for the keys to be left with the notary, she wants to hold on to the keys, so that she can shame Cousin Vinny into returning the missing furniture also. The notary doesn’t want them and Marco, the estate agent, wants to give them to us. Marco ends up raising his voice at her, accompanied by flailing arms and lots of hand gestures. Basically he does not want to have to drive the hour from his office every time I need to have access to allow builders in to give us quotes on the work to be done and it was agreed at the last meeting with the owners that we would get the keys upon payment of deposit. We are given the keys.

On the way home we get a text from the Estate Agent to say Uncle Francesca will follow up about the furniture but here’s Cousin Vinny the thief’s, phone number just in case. Data protection really isn’t a thing here it seems. What do you think we should do with it?? Send him disturbing texts in the middle of the night? Songs by the Doors perhaps?

It’s early February and all we are waiting for is the Power of Attorney letter with the correct wording which Uncle Francesca needs to get redone in court in the next few weeks. So we find and fix a date that all eight owners (from Milan, Florence and Rome) can meet to sign over the house to us.

The date is set, the date our family history is to start a new chapter in Italy will be the 10th of March … but instead that date turned into a dark chapter of Italian history, it was the first day of the Covid Pandemic Lockdown. Everything was put on hold, not only the final signing meeting, but also all our summer wedding work which we had budgeted to pay for the renovations. Our world and the world around us suddenly became very wobbly.