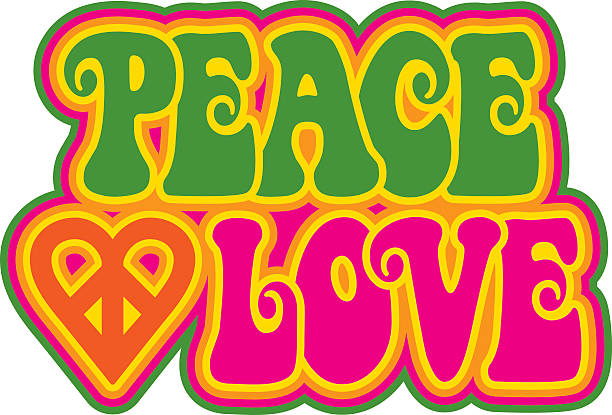 I’m thinking of starting a campaign to rename Covid-19 the Hippy Virus. It’s a very unique virus as it is changing the life of those who it doesn’t even infect – it is turning us all into hippies.

It’s fatal spread is also having a Ying Yang affect, by spreading ‘Peace and Love’ throughout the world.

Think about it, when else have leaders called warring parties across the world to lay down their weapons in support of the bigger battle against something we can’t even see?

“The fury of the virus illustrates the folly of war”, said UN Secretary-General António Guterres recently.  “That is why today, I am calling for an immediate global ceasefire in all corners of the world.  It is time to put armed conflict on lockdown and focus together on the true fight of our lives.”

As least two long term feuds have complied (I’ve lost the report of the names of these but if anyone finds it please send on). Conte, the Italian Prime Minister made a similar appeal on US television last week.

Nearly the whole world has slowed to a stoned pace.

Governments are giving a basic income to citizens to save them from hardship. Hospitals are being built at rapid speed and much needed medical equipment and scrubs are being made by companies that were once focused on luxury consumer goods. Temporary homes have been provided for the homeless. It’s quite amazing what governments can do when there is a sudden urgency.  Long term social problems have been dealt with. Citizens are volunteering where they can.

It has grounded air traffic and stopped mass tourism, reducing carbon emissions and waste. There is an undercurrent whisper about the world having time to heal.

People are discovering the joys of boredom again. Old hobby boxes are being dusted off, there’ s a burst of art and crafts and musical instruments reemerging.

Yoga and meditation are now daily practices for those who never ventured there before.

Material wealth, celebrity status, influencers, are all lagging behind in rank of importance to the everyday person; shop assistants, garbage collectors and of course health workers are the new heroes.

And last but not least; Women are discovering the joys of being braless and not having to wear makeup everyday. Need I say more to convince you? Yes we’ve all been infected by the Hippy Virus.