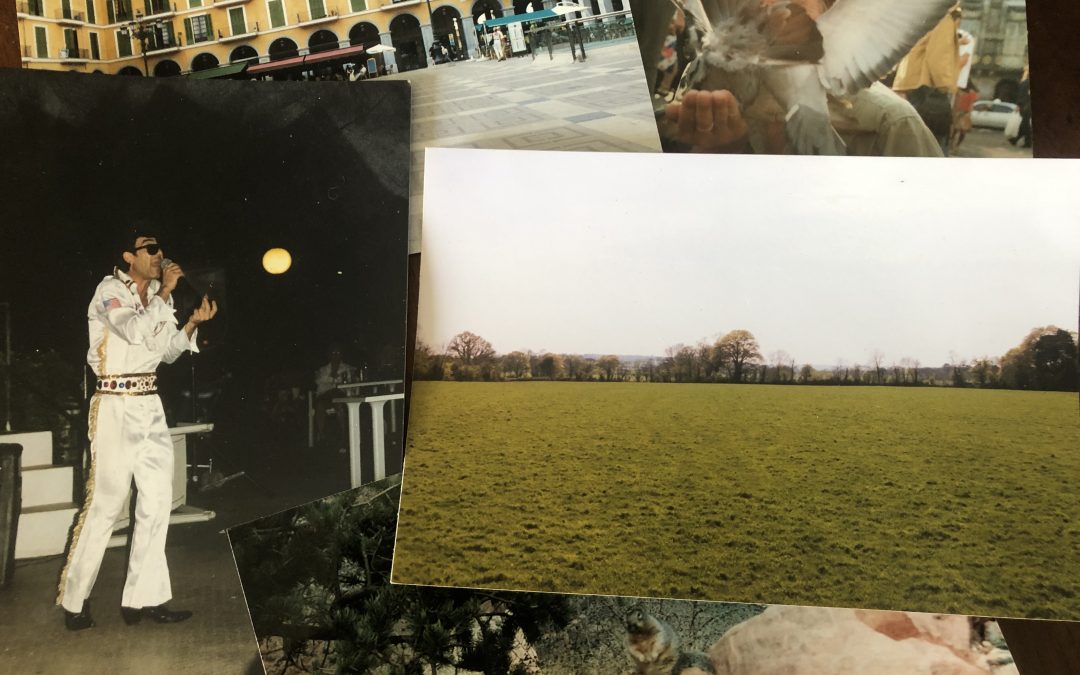 Yesterday I took out a large storage box full of print pre-digital age photos to sort out. I had great intentions. I cleared a space on the dinner table, grabbed a handful and started to go through them. Soon I realised a needed some sort of system. How do I categorise them?

The PU was divided into His and Hers – This included photos of when we were kids, our families, old friends.

Then there was the WTFIT pile. The ‘Who The F**k Is That’ pile. These were people that we vaguely remember; someone we met on a holiday and never stayed in touch, or we just don’t know who the person is and why they have stayed amongst our treasured memories for so long, such as the Elvis impersonator.

There were one or two awkward moments of;  ‘Will I put the photo of this beautiful looking person on the WTFIT pile?’

‘So why do you want to keep the photo?’

‘It brings back nice memories?’

‘And the 876 other photos of me and our kids don’t have the same affect?’

The WTFIT pile were put on the fire in a ritual burning. The beautiful people were saved. Inevitably, at least one of the WTFIT people will contact us in the next week and remind us of a fabulous time we had together and ask if I still have the photo from when we met.

The ‘After Us’ Pile was much bigger and needed several sub sections.

I decided on PC (Pre children) … God we looked good. Thin, fit and so happy.

And AC (After children) – the children look happy but we look quite stressed in a lot of them and not so thin and fit. We really are not a good ad for having children. If a contraception clinic used our pre and post photos to help people make a decision, they’d sell a lot of contraception.

The AC pile was then divided into:

House 1, House 2, etc.  –  As we’ve moved five times in 25 years, categorising by house was easier than by year. A new game called Photo Cluedo emerged.  By the photo’s background, we guess the house location, the room and the occasion. First to the buzzer wins… Kitchen, Dublin, Easter… If you could say the year you got a bonus point.

Child No 1 (pre child no 2) – This was huge, so I further divided into the six years before  child number two arrived. So many great birthday cakes, holidays.

Child No 2 (without child no 1) – In my Child no 2 file, there were five photos. I was the last of five kids and there are two photos of me when I was a baby and tonnes of my sister who was the first child. For years I thought the photos of her were me because that’s what my parents told me, obviously they feeling some guilt for forgetting to record any of my childhood.

My parents had five kids so I completely understand, the novelty of ‘firsts’ can wear off, but I only had two! I felt like such a bad parent, why have I only five photos of my son? Then I remember, digital photography had kicked in by then. Sorting through digitals will be for another day, but I made a mental note that I need to print some photos of my son.

These were random sunsets, empty fields, an out of focus squirrel, nondescript scenery and photos we look really crap in. There’s also one of a pigeon flying in front of my husband’s face. WHY have I kept these photos? So they all went for the ritual burning – except the pigeon one, it made me smile so I kept it.

By the time I was finished I had over 20 piles on the table. It was dinner time. So what now? I carefully picked up each pile and… put them back into the box, but separated by sheets of paper so that I felt the last two hours weren’t a complete waste of time. I was carrying the box back into the room to store it when the bottom part gave way and fell to the floor, leaving the lid just in my hands. Photos went everywhere.

On the news they announced lockdown was being extended another two weeks. At least we’ll have time for another round of Photo Cluedo. 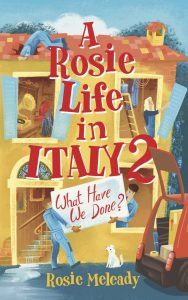