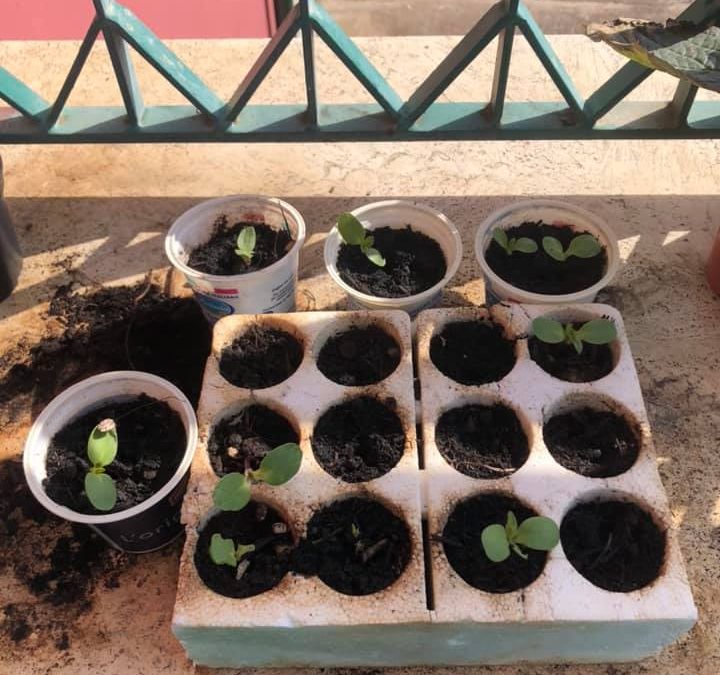 The clocks went forward today. I thought they went forward last Sunday so I’ve been living an hour ahead of myself for the last week. Not that it mattered, or anyone noticed. After three weeks in quarantine one of the biggest jokes in our house is when we ask each other to do something, like clean the car and the response is ‘Yeah I will ,if I have time today.’ Or waking up on Saturday and shouting ‘It’s The Weekend!”. Or when we ask ‘What time is it?’ and the response is always, ‘Why do you want to know, going somewhere?’

I’ve realised timelines give us comfort. They stop fear.

A lot of people around the world are just starting their first week of Mandatory Lockdown. This plays with your head a little different than self-isolation which we too had done before it became mandatory three weeks ago. With self-isolation you are in control, you are choosing to do it. With mandatory quarantine you are being told you don’t have a choice. Shops and businesses are closed which before you could have gone to if you so wished and you fi you chose to, you could go for a walk outside your gate to meet a friend. So the seriousness and reality of the situation is just hitting a lot of people now. It’s like there are three stages to this pandemic, the first two stages are; Panic (ahh buy toilet rolls, it’s coming!) and Fear (it’s here, what is going to happen? When will it end?).

It’s the ‘unknowing’ that breeds fear. We’ve all become used to living to deadlines and being able to get answers to our questions immediately, we always know when a result will be achieved, so we can move forward with thoughts and plans. It’s easy to let yourself get scared and anxious without the security of deadlines or when unreasonable ones are mentioned. Such as leaders of countries saying the elderly need to self isolate for four months, others saying it could last until next year, these are scary and stupid timelines to be mentioning. People begin to feel depressed and desperate about not seeing family and friends for that long, when in fact no one knows the deadline. And it is this unknowing that causes fear and anxiety.

What we do know is that it’s a virus and there are hundreds of very clever scientists working 24/7 to find a cure, a way of weakening it, and to develop a vaccine. There’s a race on to be the first, which is being funded by the ultra-rich and pharmaceutical companies, because whoever finds it first will be laughing all the way to the bank and there will be a Nobel prize in it for the scientist. Sort of like finding a Willy Wonka golden ticket. It just takes one genius to find the right formula. They are working hard at it all over the world. It will happen, they’ve done it a thousand times before and it could happen any day now. Once they call ‘Bingo!’ then we can all go back to our crazy hectic lives, see our friends and family and talk about the good old times when we had time to ourselves in quarantine. This will happen, that is one thing we can be sure of, but we still have to get over the insecurity and anxiety of the ‘unknowing’ deadline.

Here are five things that may help:

1. Give yourself fixed dates that are within the next couple of weeks

So for us here in Italy, I have had the 3rd April in mind for the number of cases to start to decrease and a new glimmer of hope to be seen. For the last five days the percentage of new cases has been much lower so I’m looking forward to us reaching the 3rd April in the hope we see continued improvement. Then I have the 15th April in mind. This is when quarantine will probably be extended to and perhaps the curve may be under control by then and the quarantine restrictions eased somewhat. Once I get to these dates, I’ll reassess and set new dates if needs be.

Visualise the scientists at work and the moment that that one scientist has the ‘Eureka’ moment and finds the cure or the formula to stop the symptoms becoming severe. It will happen. It could be happening right now as you read this. As soon as it does happen, we will all be given an end deadline based on how long it can be mass produced and distributed. The turnaround will be quick – maybe days or maybe a week or two. So imagine you are given a two week deadline from today. Mark it on your calendar – Easter Sunday, perfect. What are you going to achieve in that two weeks? Start working towards that date as being the end date.

3. Realise we will never have this time again

How many times have we longed to have time to do the stuff we never get to do? Sort out photos, paint a picture, draw, write a book, read a book, learn to cook, bake a cake, have a lie-in, watch Netflix all day? Over half the world is on pause right now, told to go home, relax and do nothing, this has never happened before and will probably never happen again. So rather than living in fear that this will never end, know that it will end (remember the scientists) and embrace this unscheduled free time and do those things that you have never had time to do. If you don’t get them done during this extraordinary time, forget it, they’ll never be done.

4. Give yourself a break and stop thinking about it

Limit listening to the news once per day, then turn on music and get on with with number 3. Don’t read sensational headlines or get into rows on social media with people about conspiracy theories or ‘what ifs’. Image those, who you don’t know personally on social media, with a tinfoil hat on their head waiting for alien contact or imagine that they have taken a substantial amount of mind-altering drugs. Would you stop and have a conversation with them on the street? Probably not, so why are you trying to have a rational conversation with them now in your sitting room or while lying in bed? Ignore them and throw them out of your personal head space.

I planted sunflowers the first day of quarantine. I tell myself that by the time they flower this will all be over. I don’t know if it will, no one knows – but I think of the scientists and I think of how my ancestors survived through much worse times, and every time I water them I am watering hope and I feel optimistic we are closer to the time when this virus is less scary and a thing of the past.

At the start of this post I mentioned there were three stages to this pandemic, the first two stages are; Panic and Fear and the final part is Resignation which hit me at the end of week two. Resigning to the fact that this is our current reality and we just have to get on with it. It’s not that bad! So let go and let be, know that this will end, and it might end before you get all those projects done so start working on them, turn off the news and visualise the scientists.